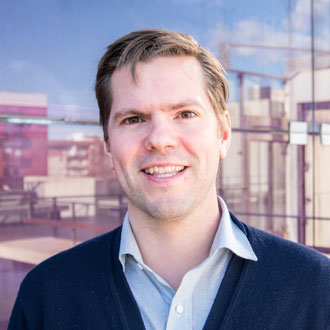 Vadim Vermeiren. He studied from Science and Engineering, Computer science embedded systems at the Ghent University (Master, 2008), with specialisation in ´optimization problem in shift planning’. Then, from 2008-2009 he was software test consultant, acting as a team member within big ERP-implementation project in the utility sector focussing on the review and testability of functional designs, preparation and execution of test scripts to guarantee the quality of the software (Itineris – Ghent). Then for two years he was a functional consultant, responsible for the design and implementation of different software modules in big ERP-implementation projects. (Itineris – Ghent). Later, from 2010-2013, he was working as a business innovations consultant, he was a key player in a small dedicated team to work out different opportunities that are being spotted in the utility market to be implemented in the ERP-software. At the same time, he was responsible for functional sales presentation and demos (Itineris – Ghent). From 2013-2015 he was working as business Application Analyst Dynamics AX. As the business application analyst for Dynamics AX he was responsible for the functional management of the ERP system within a large multinational (worldwide) in the packaging industry (ESKO – Ghent). Since 2015 he is working as full-time employee at Pozyx Labs, acting as sales representative, project manager and software engineer.